North Korea’s mechanized attack took place early on June 25, 1950, with two main thrusts from the Kaesong areas and via Cheorwon toward Seoul. A maritime offensive aimed at capturing or at least significantly weakening the strategically important port of Busan failed. If it had succeeded, Kim Il-Sung would probably have been able to successfully implement his plan to completely capture South Korea within three months. But now that the port of Busan could not be eliminated, American and other military support became more rapid and massive. Nevertheless, Kim Il-sung‘s plan almost succeeded.

President Harry S. Truman acted quickly and decisively after the massive North Korean attack. On the very day of the invasion, he secured a UN Security Council resolution in New York (thanks to the 14-hour time difference) condemning the aggression. Two further resolutions followed within two weeks. These provided, and continue to provide through today, a robust basis in international law for the global intervention under American leadership. Resolution 84 of July 7, 1950, called on UN member states to send military contingents and place them under American supreme command. This supreme command was authorized to use the UN flag for operations. Thus, the United Nations Command (UNC), which still exists today, was formed. The South Korean armed forces also chose to be under this command. The Soviet Union protested the inclusion of National China under Chiang Kai-shek as a veto power of the Security Council.  The rapid decisions by the fledgling UN regarding the first armed conflict of the Cold War were only possible because the Soviet Union stayed away from the Council’s votes.

The implementation of these decisions took time because of the long-distance involved and the almost non-existent operational readiness. Therefore, it was not surprising that the North Korean advance moved very quickly. Seoul fell after only three days which prompted the South Korean army to blow up the Hangang Bridge over the Han River as a precaution. Hundreds of fleeing civilians were killed, which apparently contributes to the ambivalent perception toward the country’s political and military leadership to this day. Despite fierce resistance from the South Korean army, which was equal in numbers but grossly outgunned, and despite the intervention of the first American units, including the U.S. Air Force, the North Korean forces advanced to the Nakdong River in the southeastern tip of the peninsula by mid-August 1950. Kim Il-sung had thus almost achieved his objective; all that remained was the capture of this “Pusan perimeter,” which UNC could hold with all available forces but could not blow up for the time being.

General Douglas McArthur recognized the urgent need to get out of this operationally and strategically precarious situation as quickly as possible. In this regard, he envisaged a massive, albeit risky, invasion into the enemy’s flank. Contrary to the advice of superiors and subordinates, he chose the most dangerous, yet promising option if it succeeded. On September 15, 1950, Operation CHROMITE was unleashed on Incheon Harbor with 261 ships and some 40,000 men. The strong currents and coastal installations demanded tide planning practically timed to the minute. The operation became a resounding success and resulted in a complete change of the tide of war. The simultaneous successful breakout from the “Pusan Perimeter,” disruption of the North Korean supply lines, and recapture of Seoul on September 29 were important moments. This symbolically important act of recapturing Seoul was repeated twice more in the following six months, i.e., Seoul was conquered or recaptured four times within 9 months. This was followed by repeated widespread reprisals by both sides against civilians, most of whom were executed in mass executions without trial and often without evidence.

In particular, the evacuation to Busan of more than 14,000 refugees on the SS Meredith Victory, which had previously been completely unloaded with military equipment, has gone down in the annals as the world’s largest evacuation of a single ship.

With CHROMITE, UNC regained momentum across the board, resulting in large numbers of prisoners of war. This was especially since the North Korean forces were virtually cut off from supplies and, in many cases, from the retreat.  As early as October 1, 1950, the first South Korean formations crossed the 38th parallel. For South Korean President Syngman Rhee, who saw this as a long-awaited chance to reunify Korea and General McArthur, it was clear that the offensive into the north of the peninsula was legitimate and militarily necessary. On October 18, Pyongyang was captured, and shortly thereafter the first South Korean and American forces reached the Yalu, the border river with China. This marked the crossing of the red line for China, a line that remains taboo for China to this day. By all means, American soldiers are to be prevented from being on the Yalu or stationed there. For Mao Tse Tung, the time had definitely come to keep his promise of support to Kim Il-Sung and to launch the offensive of the prepared “volunteer army” on October 25, 1950. The effect on the UNC units was devastating, especially with the harsh onset of winter. The retreat battles had to be fought under the grimmest conditions with great losses of personnel and material. In addition, there was a huge flow of refugees to the south, who were evacuated by ship via the port of Hungnam, among other places. In particular, the evacuation to Busan of more than 14,000 refugees on the SS Meredith Victory, which had previously been completely unloaded with military equipment, has gone down in the annals as the world’s largest evacuation of a single ship. Among others, the parents of the current South Korean President Moon Jae-In also benefited from this.

By January 4, 1951, Seoul was once again in North Korean Chinese hands. The offensive, led primarily by the lightly armed, highly war-experienced, and cold-resistant Chinese formations, came to a halt only on a line south of Suwon despite complete U.S. Air Force air superiority. In March 1951, UNC succeeded in seizing the initiative and advancing north again, partly because of better weather. Seoul was taken for the fourth time and with Operation RIPPER up to the Imjin River area, the liberation of South Korea was achieved for the time being. The front line reached in March 1951 mostly corresponds to today’s demarcation line between the two Koreas. Towards the end of April 1951, a last major Chinese offensive was launched with the aim of conquering Seoul, which was rebuffed thanks to the loss-making resistance of the reinforced Commonwealth Brigade in particular.

Thus, the initiative on both sides slackened considerably and the first considerations for an armistice were made. In the summer of 1951, this process began first in Kaesong and then in the hamlet of Panmunjom. It lasted for more than two years.

In our series of five articles on the Korean War, our expert and historian Urs Gerber write about the Korean War. Major General (Ret.) Urs Gerber is the president of the Foundation Council of the Swiss Armed Forces’ Historic Material Foundation an institution responsible for collecting, maintaining, and developing the “hardware legacy” of the Swiss Armed Forces. He is co-chairing the Annual Senior Officers Seminar (ASOS) on leadership and crisis management at the Geneva Centre for Security Policy (GCSP). From February 2012 until August 2017 MajGen Gerber has been the Swiss Member and Head of the Swiss Delegation to the Neutral Nations Supervisory Commission, Panmunjeom, Republic of Korea, from where he retired at the end of August 2017. 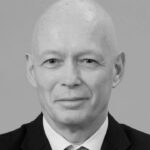 Urs is the president of a foundation that operates the collection of the Swiss Armed Forces’ historical material. Since having served as head of the Swiss NNSC Delegation in Panmunjom he is very much interested in Korean politics, history and culture. He is looking forward to taste a hot-stone bibimpap in downtown Seoul after lifting of the covid-19 travel restrictions…

Where is the lack of interest in South Korea’s own culture?