Everyone has memories of special places. Be it a bus stop from their school days, a library where one studied diligently on weekends, or an office where one commuted to work for over 30 years. One of the places that are very close to my home, and heart, is Busan Citizens Park. My high school years were hard for me because I was very worried about my future. At Busan Citizens Park, I found a peaceful break from everyday life. As well as being an oasis for me, it affected my future as I met my boyfriend there. Because of these memories, the park is incredibly important to me and led me to learn about its fascinating timeline.

For us locals, this spot had always just been a stranger’s land which changed hands from time to time.

Busan Citizens Park is a city recreation area located at Beomjeon-dong and Yeonji-dong. Its first known use was by farmers. They lived here to cultivate the fields and rice paddies. However, in 1910 during the Japanese occupation, the area was converted into a military training ground and a horse racing track. On 15 August 1945 (Gwangbokjeol), the liberation of Korea, the US military administration took over the site and used it as a US Army base. Camp Hialeah was created. For us locals, this spot had always just been a stranger’s land which changed hands from time to time.

However, a big turnaround came on 27 January 2010, when after a great deal of effort by citizen initiative, this historic site was returned to the citizens of Busan after 100 years. Shortly afterward, a reforestation project was started to improve the natural conditions. The square was newly growing and turning green. Among other things, 10,354 trees were planted. On 1 May 2014, the park was opened in its new splendor.

Busan Citizens Park is now a haven for people seeking recreation and leisure activities. People can be found jogging, walking, or participating in other sports. That is why it is also called Busan’s biggest gym without a roof.  But it is also simply a place to relax and enjoy. You can sit down on a bench and reflect on your thoughts or lie down on a mat and unwind from the stress of everyday life.

Recently, the square has increasingly become a healing and cultural meeting place for young people. They love this historic place where they can recharge their batteries and find new energy, which is fueled partially by the environment. Great importance is given to the ecosystem here.

Lately, another trend that is seen more and more is picnicking. Many couples rent so-called “picnic kits” in the park and arrange a stylish setting with the purchased food. They take care to get great pictures to upload on social media afterward.

In the past, it was horses or the US military that claimed this space. Today, 100 years later, it is the birthplace of many new trends. 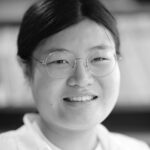 Hyeonji studies the Korean language and literature at Dong-A University. Her dream is to become a teacher and advocate of Korean culture. She is interested in everything about people: especially what people are saying and how they behave. Communicating with people, gaining insights into other people's minds and opinion is what drives her. To get closer to her dream, she writes articles based on these interests and introduces her beloved city Busan.