In 2016 I visited the interesting and insightful exhibition at the National Museum of Modern and Contemporary Art MMCA in Seoul, “Public to Private”. The exhibition showed Photography in Korean Art since 1989, explored and illuminated how photography has been developing as a unique and mature visual language and form in itself whilst interacting with other forms of contemporary visual languages in last three decades of contemporary Korean art.

1989 is the year when the liberalization of overseas travel came upon after the hosting of the 1988 Summer Olympics in Seoul and those Korean artists who had studied in Germany or France returned to Korea to be active in the Korean art scene.

Today we talk to Professor Dongkeun Lee (55), who has helped shape the Korean art scene. He is a photographer and artistically influenced by the era of South Korea’s opening to the world.

In the last few weeks, I visited him a few times in his private studio in Busan and wanted to learn more about his life as a photographer as well as his latest project, the Arirang Performance Group. The members of the Arirang Performance Group do a job that probably doesn’t exist in any other country in the world. They are people from North Korea who had to cross a river to reach South Korea, risking their lives. Once they arrive in South Korea, they realise that life in the new world is not easy. They also lack experience of life in a capitalist society. Some of them, estimated to be around 70 to 80, earn their living as North Korean artists in an Arirang performance group.

You are a photographer by profession, what was the initial trigger to follow your passion for photography?

In the early 80s there were not many places and chances to learn about art. I was always interested in going to museums and seeing exhibitions. I was 14, still attending middle school 2nd grade when I visited the Busan city culture center, close to the place I lived. I remember going to this photo exhibition when I saw this impressive photography that won a prize awarded by the president of Korea. Morning in Shinwoalri, was the title. A countryside scenery depicting a stream, fog and a man riding a bicycle. My feelings went ballistic. Touched by this photo deep in my heart I immediately had this urge to achieve such thing as well. So, I asked my mother to buy me a camera. My first camera was an “Olympus Pen” from a traditional market in Busan. You could say, starting out and pursuing my dream was somewhat 똑딱이 [automatic, simple and cheap].

The Korean photography scene had been dominated by documentary and journalistic photography, rooted in realism.

Exhibition 2016 at the National Museum of Modern and Contemporary Art Korea, Seoul

How was it back then to study photography?

Well, first it was more a hobby, that I took on during middle school and continuing to high school. My parents thought becoming a photographer is not a job to make one’s living. So, I first studied economics and pursued a management career. Only in my 30’s, I decided to go to graduate school and study photography to finally make my dream come true.

Following your passion finally, what were the major challenges?

Considering my private situation, [married and a child] trading a well-paid job for an a future full of uncertainty. Firstly, it became a financial challenge, and second, I was not clear about how I would make use of my newly acquired skills as a professional photographer. Fear, and self-doubts were a driver but also an inhibitor. How to “deliver tangible results” was at the forefront of my head.

Was the profession of a photographer somewhat exotic in Korea?

Yes, that’s the case – in the 1980s taking photos as art, was quite special. There is no long tradition for art in photography.

With your projects “An invitation” [international marriage migrant women] and the latest “Arirang Performance Group” you are a visual and also somewhat documenting channel into a world that otherwise is a “TABU”. What do you want to achieve with your works?

We live in this one world all together. I hope that people will look around and see the people who are in a difficult situation, the marginalized. Showing this people – and providing a platform I hope to contribute and support the marginalized by engaging with people from all walks of life in search for meaning in life… to live a better life.

There are many touching stories that you portrayed in your latest project “Arirang Performance Group”. Is there one particular that you would you like share with us?

Yes, the one of Yerin …who lost father and sister while crossing the Tumen River. She was abducted by Chinese traffickers while fleeing North Korea and was sold off to rural China. She escaped three years after giving birth to a child and was able to settle in South Korea 15 years ago after a period of wandering in China. Politics, ideology, and nationalism are in stark contrast among each other in the Korean Peninsula. and many other things can impact an individual’s life…especially it becomes a Pandora’s box when in a situation not in your control and risking by acting other’s lives.

A detailed look at Lee’s photographs reveals that the kitsch is not for the female north Koran refugees of the Arirang Performance Group but the South Korean organizers and the audience.

What are your next projects?

With the pandemic some photo projects are in the waiting line such as an idea to portray “adopted people” and another one that is spinning in my head for a while “photos of boarders in Korea”. And I hope to visit the Frankfurt Book Fair 2021, where my photo book “Arirang Performance Group” will be exhibited.

Europe’s number one exhibition for books, media, and publishing, will take place from the 20th to the 24th of October 2021 at the Messe Frankfurt.

Many thanks for the interview.

Dongkeun Lee was born in Busan in 1966. Graduated from Kyungsung University Graduated School of Multimedia. From a young age, Lee has been interested in those living in the margins of society, which naturally led ho to photograph social minorities, currently, he focuses on the process of dispersion and the resulting refugees in the context of Northeast Asia, primarily within the Korean Peninsula. In particular, he takes an in-diaspora such as international marriage migrant women, their families, and North Korean defectors. Lee has held 9 solo exhibitions including An Invitation (KT&G Sangsanmadang Gallery, Seoul, 2013), and participated in numerous group exhibitions among them Photoville 2019 (New York, 2019). He won the documentary category in the 10th Ilwoo Photography Awards in 2019 and was selected as the finalist for the 5th KT&G Sangsanmadang Korean Photographer’s Fellowship (SKOPF). The artist’s work is housed in KT&G Sangsangmadang and Dong Gang museum of photography Yeongwol. He has taught photography at many universities and museums and is currently an adjunct professor at Kyungsung University. Lee Dongkeun is living and working in Busan. 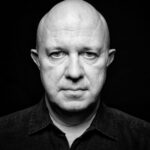