My first experience of makgeolli, Korea’s much loved traditional alcohol, was in a rowdy tavern with dim lights and graffiti all over the walls. As steaming hot seafood pancakes were busily distributed to each table, out came what I naively thought were tea kettles. Little did I know that I was in for a night of revelry and laughter, fueled by a dangerously easy to drink milky rice wine that would one day become my whole career.

That was 15 years ago now, and since then I have been on a journey of research and discovery into Korea’s rich traditional alcohol heritage.  These days whispers of ‘makgeolli’ have been on the lips of alcohol enthusiasts around the world.  It has even been named by Forbes Magazine as ‘The Next Alcohol Trend to Watch’3 and Gear Patrol Magazine called it ‘The Boozy Beverage of 2021’.

But what exactly is makgeolli and why is it all of a sudden making headlines?  Simply put, makgeolli is a fermented rice wine with an alcohol percentage of a strong beer. It’s cloudy in appearance and has a sweet, slightly sour profile with a natural effervescence. It’s best enjoyed unpasteurized, with a bevvy of live yeast and probiotics that some say make it the healthier booze choice. The brewing process involves rice, water and a unique wild fermentation starter that is the heart and soul of Korean alcohol: Nuruk.

If you have ever tried your hand at making a sourdough starter from scratch, you are well on your way to understanding the untamed beauty of ‘nuruk’. When making nuruk, we allow cakes of wheat to ferment in hot, humid conditions to allow a colony of enzymes, yeast and bacteria to grow and proliferate. After being dried and cured, it’s this magic combination of microorganisms that will convert rice into sugar, and sugar into delicious alcohol all in one simultaneous process. In short, nuruk is the powerhouse that makes makgeolli so special.

Fermentation itself is a true artform in Korean cuisine

The brewing process of makgeolli was traditionally done in the home alongside kimchi and various other fermented pastes. In the Joseon Dynasty, the last royal dynasty before modern times, commercial brewing of makgeolli was outlawed. In order to keep alcohol traditions alive, matriarchs of the family would carry on the tradition of brewing as part of the household food supply. Brewing makgeolli was as much about cooking than anything else.

These family traditions and recipes were passed down from generation to generation, creating regional styles of makgeolli that emerged from local communities. However as the Joseon Dynasty ended with the Japanese occupation of Korea in 1910, many of these recipes and brewing know-how began to disappear, due to a ban on homebrewing.  As Korea weathered the storms of war and economic reconstruction throughout the 20th Century, the art and craft of brewing makgeolli was all but lost.

Makgeolli has been fighting an image problem that it’s more than just ‘A farmer’s drink.

Makgeolli has always been seen as a refreshing drink, replenishing energy and often enjoyed in the outdoors after a hard day’s work. Yet it has also long held the image of being the drink of choice for the older generation, a big reason why makgeolli hasn’t enjoyed wide popularity even in Korea. Makgeolli has been fighting an image problem that it’s more than just ‘A farmer’s drink’.

However these days makgeolli has been undergoing a kind of renaissance. As Korea itself moves into a bright new age of fusing modernity and innovation with revived traditionalism, makgeolli is also on the up and up. More young people are diving into the world of brewing, experimenting with new styles and techniques to put their own influence on the industry.  A record number of new breweries opened in 2019, each with their own unique interpretation of the drink.

While the dark and rustic taverns that gave me my first glimpse into the world of makgeolli are still well loved and widespread, there is also now an equal number of trendy bars with experimental food pairings. Young couples wanting to impress, or 30-something professionals will often choose a makgeolli bar to unwind, exploring new tastes and unique experiences.

Gone are the days where makgeolli was shunned for being ‘uncool’, and it is now poised to take flight into the next century.  It’s only a matter of time before makgeolli makes its presence known in bars in Europe and around the world, and I for one can’t wait until it does. 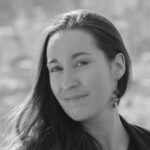 Julia is the first non-Korean specialist in Korean traditional alcohol. Originally from Australia, Julia moved to Korea in 2007 and has dedicated the last 9 years of her life to educating and promoting ‘Sool’ around the world. She is the founder of ‘The Sool Company’, an organization providing Korean alcohol fermentation classes, tasting experiences and industry consulting.

Why is May 5th so popular with South Korean children? 

Kimbap – not to be confused with sushi rolls!

Music of the mind and spirit