Introducing the history of the South Korean national flag, I would like to start with the poignant words of the politician and independence activist Kim Gu.

I want our nation to become the most beautiful nation in the world. The only thing that I desire in infinite quantity is the power of a highly-developed culture. This is because the power of culture both makes ourselves happy and gives happiness to others. I desire that a true world peace is fulfilled in, and because of, our nation.

Taegeukgi, the name given to the national flag in South Korea, originated in the Joseon Dynasty in 1882, when Emperor Gojong drew a sketch and gave it to the first Korean Ambassador to Japan, YongHyo Park, with the order to design a national flag. From this, the first Taegeukgi was created. A year later, on January 17, 1883, Taegeukgi was proclaimed in Paldo-eup, Joseon under the loyal command. It was declared the first national flag of Korea on March 6, 1883.

The oldest Taegeukgi flag that currently exists in South Korea is called Denny Taegeukgi. It dates back to 1890 when King Gojaong presented the Taegeuki flag to Owen Denny, a U.S. citizen who was returning to the United States. A descendant of Denny then gave the flag back to South Korea in 1981. Since then, it has been referred to as the Denny Taegeukgi.

During the period from February 27 to March 08, 2021, the Denny Taegeugki was displayed at the National Museum of Korea in Seoul. This was at the time of the 102nd anniversary of the independence movement against Japanese colonial rule. The official holiday – Independence Day is March 1 each year in Korea.

But let’s take a closer look at the national flag of South Korea. Symbolically, it stands for harmony in the universe. The white background stands for brightness, purity, and the traditionally peaceful ethnic group.

The circular diagram in the center – called Taegeuk – in the colors red (Yang) and blue (Eum) embodies the universe and represents the balance of the opposites held in it, such as fire and water, heat and cold, male and female. In addition, the circle in Asia serves as a symbol of the optimal. State. Four black trigrams are arranged around the Taegeuk. Following and not conclusive a few designations: 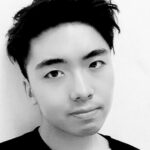 Eddy is the Founder of IDA (International Discussion Association) where members discuss solutions to various international issues while maintaining respect to the cultures and values affected. He is a person who enjoys leaving his comfort zone and his passion for exploring different cultures has helped him become a more open-minded and creative person.

What does an ox have to do with the New Year?